A Much Kinder Time Part 2~ by Grace Augustine 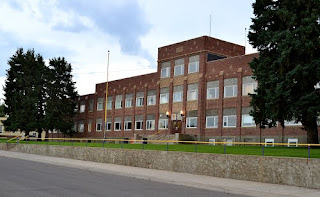 Oh my goodness, the antics and stories these halls could tell if only they could talk! See that second window, first floor, on the right side of the main door? That was my Sophomore English class room...where a male student (who shall remain nameless) dropped another male student out the window for "continuously bugging" him. The dropped student suffered a broken arm. Just last year it was revealed to me, by the culprit, the real reason for the incident as well as who did the dropping...yet the accused still takes the blame today. I'm sworn to secrecy. 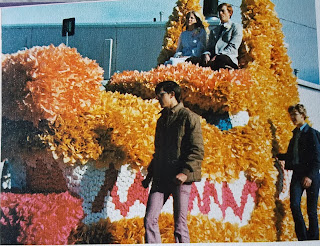 Not having kids or grands in high school, I'm not sure of the current protocol of classes. In the 70's we had a class president, vice-president, secretary, and treasurer. We built amazing floats from chicken wire over vehicles and spent the week of homecoming, at secret locations, stuffing colored napkins into said chicken wire, hoping our float would win. The Homecoming King and Queen nominees rode on the class floats and winners were announced at half-time of the football game. It was an honor to win. My class won a couple years in a row because of a team of architecturally minded builders who created marvelous floats. (This was one of the winners.) 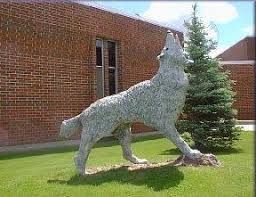 Upon graduation, any left over class funds were transferred to the next class. Our president and staff decided that wasn't going to be a happening thing...so, our class purchased this...which still stands on the grounds today. Our mascot...the CBHS Wolf. My class graduated over 100 students. 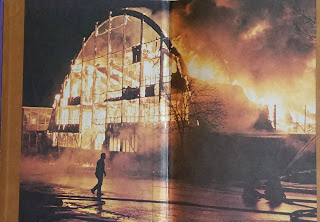 One of the most unfortunate circumstances for my class, the class of 1974, was the fact that many of our classes were held in army trailers due to the fire that destroyed the beautiful glass and all wood interior gymnasium.  Classrooms, trophies and other memorabilia were gone in the blink of an eye. We were the only class in CBHS history to go all 4 years without a gymnasium.

This structure held many district and state basketball championship games as well as state wrestling matches. I lived 3 blocks from the school and stood in the alley-way, along with all of the neighborhood, weeping over this loss. The fire was so intense it was seen 25 miles away. Fire departments from all of the surrounding communities fought this blaze. 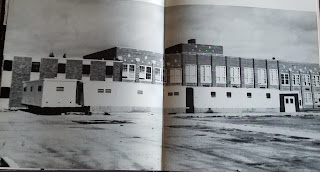 In the dead of the winter months, our Physical Education classes consisted of playing table tennis in the Army trailers or walking to the bowling alley to spend 45 minutes bowling, only to walk back in the sub-zero temperatures and knee-deep snow. You can see a couple of the trailers in this photo. 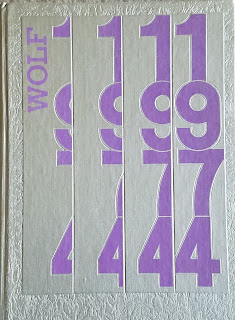 We had yearbooks...or annuals...that outlined sport successes, FFA, Spanish Club, Home Ec, Shop, Band, Choir, and many other school organizations. It also had photos of every person in each class as well as photos of all the teachers.  It was fun to ask classmates and teachers to "sign" your annual.  It's even more fun reading what was written now, some 44 years later. I smile and wonder where some classmates are, and fondly remember those who've already passed on. 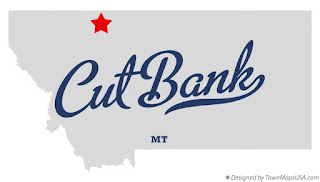 To say it was a much kinder time is an understatement. Cut Bank was an oil and gas rich community with good, hardworking people raising families. In 1974, approximately 6,300 people lived in this thriving town that is the gateway to the Blackfeet Indian Reservation and Glacier National Park, as well as being only a hop away from Canada...literally. 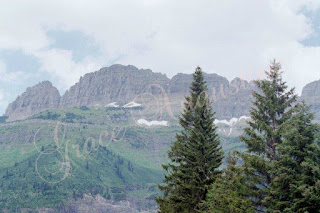 Today, nearly 3,000 call Cut Bank home. Many of the businesses I knew and frequented are no longer there, but many new ones have taken their places. I encourage you to take a trip West on Highway 2 (it's the Main Street of Cut Bank) and experience all the state of Montana has to offer. And visit the amazing Glacier National Park. I guarantee it is one place you will never forget.

You can read part 1 Here.

Slow Down ~ by Author Marj Ivancic

Slow down. Pay attention. I can’t tell you how many times I heard those two phrases in my life. They were usually preceded by some knucklehe... 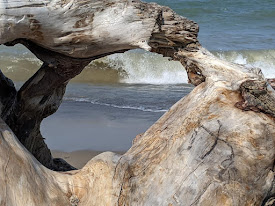