Asking Yourself Why ~ by Marj Ivancic

Solving problems is great. Solving the “right” problem is gold.

But many times, in the same way a fever is the front man to an infection, what appears to be the issue is really just a symptom.

So, how do you know you’re tackling the right problem?

In the business world, many companies use something called “The 5 Whys.” Developed in the 1930’s by the founder of Toyota Industries, it’s a technique in which you state a problem, then ask why it happened, and then proceed to ask, “Why?” for the answers that follow.

When you continually question how an issue came to be, you remove all the surface-level reasons until all you’re left with is the root cause.

As I learned more about this technique, the more I saw its possible value as a tool to help individuals become more self-aware, to identify changes they could make in themselves for the good.

“Problem” is probably too strong, too negative a word to use when we’re looking at ourselves. Human beings are puzzles. Each one of us is a complicated conundrum of emotional switchbacks and side-winding beliefs and actions. Given that, we do, say, think, feel things that we oftentimes wish we hadn’t or that we blame on others. If we were to take a moment before acting/speaking to dig into our thoughts and feelings, we might avoid a whole lot of wasted time and hurt, for ourselves and our relationships.

But let’s face it, while asking “why” before we do something is ideal, the heat of the moment is a powerful thing; it has the magic to blind us with a swell of emotions—anger, fear, pride, etc. However, even if we can’t always work in prevention mode, we can still learn from situations by doing a bit of reflection after the fact:


• Why did I respond like that?
•Why did I let that bother me?
• Why did I feel the need to say XYZ?


Sometimes, it takes six…or ten…“why’s,” but eventually you’ll come to some enlightenment about what motivates you. You may uncover unresolved issues from years ago or past relationships. You may find you need to apologize. Or that you DON’T need to apologize. Maybe, you’re apologizing too much!

Introspection isn’t always about uncovering what you’re doing wrong.  It’s about getting to know who you are, so that you can either fully accept yourself or make a change. And to that end, we should seek to understand ourselves in the best of times as well as the worst.

And so, I challenge you—ask yourself, “Why?”

Unsplash My mother passed away in late September—a heart-breaking loss for me and our family. My head knows no one lives forever, but my g... 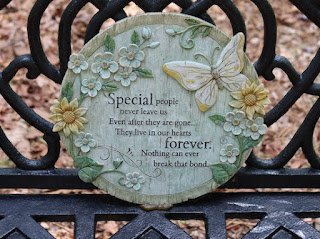