An Interview with Daniel Travers CEO of Redideo

Tell us a little about yourself (where you’re from, if you have a job apart from your craft, family, etc.)

Hi everyone! Thanks for taking the time to take a small peek into my life.

I’m originally from the Midwest but currently, live in Southern California.

Probably one of the most common questions I get is, “What does ‘Redideo’ mean?” The word may look funny at first, but it’s pronounced “ruh-did-e-o.” It’s a fusion of the words red, radio and video to morph my once red hair, aural, and visual communication skills.

Growing up, staying out of mischief was sometimes a struggle for me but art and music were two things in my life that I could always count on. I was attracted to urban art and underground music and eventually found focus by earning a BFA in New Media from the Kansas City Art Institute. I currently work for a broadcast media company and do art on the side.

What are your most significant challenges when you create?

Not having enough time in the day! Maybe once I’m retired I can pursue art full-time, but for now, I have to focus on what pays the bills. So, I guess you could add funding for art supplies to the list as well.

That’s a pretty big question! It can vary from day to day and it really depends on what kind of art I’m creating at the moment. Inspiration can come from something that someone says, or I read, music I hear or, maybe I see it and subconsciously it sits in the back of my brain just waiting to come out.

My environment obviously has a big influence on inspiration. If I’m having a bad day, I may want to produce something more aggressive or however it relates to my mood. Or, I may have a thought about current events, science or the progression of art in general that makes me want to do a more conceptual piece.

In the end, it really depends on the project.

When did you first know without a doubt that what you do today is what you wish to share with the world?

I’ve been doing art for as long as I can remember, and it’s always had a rewarding effect on me which encouraged me to do more. I wouldn’t say it came naturally, but it just seemed like the right thing to do and pursue.

At this point, I think it’s more about sharing the growth (or lack of haha) and how different events in my life and the world have an effect on my creative endeavors and interpretations.

To be honest, sometimes I wonder if I should be doing something else. But, I think it’s only natural to evaluate what you’re investing your time into.

What is your favorite medium to work with and why?

I honestly don’t have one favorite medium to work in. I like to experiment and change things up which ultimately contributes to my overall growth as an artist. And then when I have that idea down the road that meshes more than one medium, hopefully, I’ll know how to do it.

But, if I had to name one, it would probably be acrylic painting or drawing. They were some of my first go-to’s and give me nostalgia.

I love doing digital art, but sometimes it’s hard to measure something you can’t physically put your hands on or feel like you put your personal energy into it.

Who would play you in a film about your life?

Brad Pitt, probably. Not because I think I’m a good looking guy, but because he’s from the Midwest as well and he’s played a lot of diverse roles (some better than others). My second pick would probably be Jack Nicholson. He’s just a classy, charismatic guy with a lot of personality.

Have you ever decided after completing a piece of artwork to totally trash it and start over?

All of the time! I’m probably my own worst critic and ¾ of my art is never seen by anyone but me. Art is obviously subjective, but I usually have a vision in mind and some kind of standard for myself. It’s hard to describe what each of those are exactly for every piece just because they’re all different.

What encouragement and advice could you offer to someone wanting to promote their artwork?

Don’t compare yourself to others! I find myself doing it at times, but I have to stop myself. It’s only natural. But, you never know how that person got to be where they are and the things they had to do to achieve it. So, believe in yourself…. Which leads me to the next piece of advice I’ll give… marketing. Marketing is a huge part of the equation and people will not find your art if it’s collecting dust in your house. Get out there and network, talk with people, and utilize social media. If you’re not good talking with people, find someone who is to help you.

I also love a quote Andy Warhol once said, “Don't think about making art, just get it done. Let everyone else decide if it's good or bad, whether they love it or hate it. While they are deciding, make even more art.”

To connect with Daniel and Redideo, click the links below.


**All photos property of Daniel Travers/Redideo and may not be reproduced without permission.

One Thing Led to Another

Source I vowed not to take any more online classes until I retired, but the temptation was so great that I took a writing class again last... 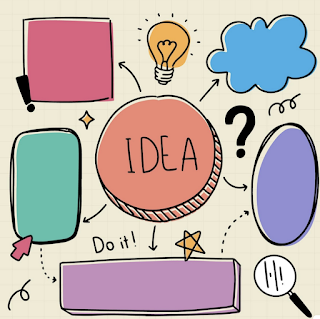