To the Ruins ~ by Tara Neilson

Every day as a child was an adventure for me and my four siblings as we lived in the burned ruins of a remote Alaskan cannery. Some days had more adventure in them than others. Mail day was a day that promised parent-free adventure.
Our mail arrived at a nearby fishing village by floatplane once a week, weather permitting. We only lived seven miles of water away from the village—there were no roads, or even trails—but the route was hazardous, even deadly, because of the mercurial nature of our weather. What had been glassy water an hour before as we made the trip in a thirteen foot open Boston Whaler could turn into a maelstrom of seething white water only an hour later to catch us on the return trip.

Tides, weather forecasts, and local signs had to be carefully calculated before the trip could be made. So, it sometimes happened that we would miss several mail days in a row and get three weeks’ worth of mail all at once. My parents usually made the trip by themselves, leaving us kids behind in our floathouse home. (A regular wood frame house resting on a raft of logs.)

Our sense of adventure, always present since our family comprised the entire population of humans for miles in any direction, quadrupled as we waved good-bye to them. We watched them turn into a speck out on the broad bay with the mountain ranges of vast Prince of Wales Island providing a breathtaking backdrop for them.

Then we cut loose. We ran around the beaches, jumping into piles of salt-sticky seaweed and yelling at the top of our lungs, the dogs chasing us and barking joyously. We tended to do this every day, but this was different. We lived in an untamed wilderness that could kill full grown adults in a multitude of ways and we children had it all to ourselves.

At our backs was the mysterious forest that climbed to a 3,000 foot high mountain that looked like a man lying on his back staring up at the sky that we called “The Old Man.” In front of us was the expanse of unpredictable water with no traffic on it, except for the humpback whales, sea lions, and water fowl.
And we were the only humans to be seen in all of it.

As we scattered, my littlest brother, Chris, wound up with me in our twelve-foot, aluminum rowing skiff. I was twelve and he was seven, and we were buckled up in our protective, bright orange lifejackets that we never went anywhere without.

“Where shall we go, Sir Christopher?” I asked in a faux British voice as I sat in the middle seat with an oar on either side of me. “Your wish is my command.”
He sat in the stern seat and chortled. Whereas I was blonde and blue-eyed, he had almost black hair and green-flecked brown eyes. Despite the surface differences, we had a lot in common, being the most accommodating and easygoing ones in our family. We usually let others take the lead, but this time we would make our own adventure.

I looked around. The floathouse sat above a small stream below the forest, its float logs dry, since the tide was halfway out. Opposite it was a smaller floathouse we called the wanigan that we used to go to school in, before our dad built a school for us on land, but was now the washhouse.

He gazed at me raptly. The main cannery site had been built next to the large salmon creek and sat on the other side of a high-ridged peninsula from the little bay our floathouse was in. We rarely got to visit it, even as close as it was, because the salmon creek was where the bears roamed. But we would be safe in the skiff, I told him.

Chris bounced on his seat and nodded excitedly.

I dug the oars into the silky green water and we headed for the big rock that partially protected our little cove from the storm-prone bay. Mom had made it a law that we were never to get out of sight of the floathouse, but Mom wasn’t there.

So, for the first time I dipped the oars in unexplored waters, rowing past the weathered grave marker of some unknown cannery resident. Tall black bluffs loomed up at the same time a swell rocked us. There was nowhere to beach the skiff now, if we needed to…we were committed to continue.

Chris gripped the aluminum seat and stared at me, silently asking if we were really going to do this. I nodded.

Each pull of the oars took us farther away from the homey familiarity of the floathouse and its confined bay. We were exposed to the full effect of the wilderness now, the enormous sky above, impenetrable, towering bluffs washed by waves to our right, and the endless waterways of Southeast Alaska on our left.

My back was to the view ahead of us as I rowed. I was getting tired, but I didn’t want to admit it to my little brother. Suddenly Chris sat up straight on his seat and pointed. “Look!”

I turned my head. Up on the rocky bluffs just ahead of us was a huge steel cylinder with a peaked roof. Its original, unpainted grey could be seen through the rust of untended decades. It had sat sentinel there, below the tall mountain, with few humans visiting it or seeing it since the cannery burned shortly after World War II.

Awed, we stared at it, and then I turned to the oars with renewed energy. I kept throwing glances over my shoulder. I didn’t want to miss the first glimpse of the ruins.

And then there it was, the old cannery site.

A forest of fire-scorched pilings, one with a stunted tree growing on it, stood between the forest and the bay. The blackened timbers of a building’s foundations remained below the evergreens’ skirts and giant concrete blocks stood out whitely above the rust colored beach. In amidst the pilings were strange, rusty skeletons of former machinery. The creek rumbled past all of it.

“It looks like it was bombed,” Chris piped up. “Like an atom bomb was dropped on it."

“It does.” I tried to picture what it would have looked like when it was whole and people lived and worked at this remote location. The buildings, like all the canneries in Alaska, would have been barn red with white trim, glowing in the water-reflected light. The sound of machinery would have competed with the constant rumble of the creek and men and boats would have been working above and around the pilings of the wharf as clouds of shrieking gulls filled the air.

“If we could time travel,” I said, “we could step into their world when the cannery first operated and watch the fish being packed into cases to be sent out into a world that didn’t know atom bombs could exist.”

I didn’t try to row us closer and Chris didn’t suggest getting out on shore. We could see big, dark moving things in the creek that we knew were bears. I didn’t want to draw their attention because, although I didn’t mention it to Chris, I knew they were powerful swimmers and could probably overtake us if they’d wanted to.

We sat in the small skiff with the water lapping against the aluminum sides, rocking in the swell, and gazed at the ruins of a former world, gone long before we were born.

Then I turned the skiff around and we headed for home, promising each other we wouldn’t tell anyone about this adventure. This one was just ours. 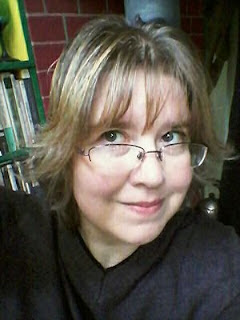 Tara Neilson arrived in SE Alaska when she was six, the second oldest of five kids. Her father was a logger and fisherman and towed their float-house home from one location to the next before finally settling in the isolated ruins of a burned cannery. They were the only humans for miles.

As an adult Tara has held down a multitude of jobs from cook on a wilderness guide boat, wilderness lodge fish packer, assistant at an art gallery, teacher's aide at a one room school and has written for a range of publications. Her memoir Raised in Ruins releases in April 2020.
at September 13, 2019
Email ThisBlogThis!Share to TwitterShare to FacebookShare to Pinterest
Labels: #AlaskaLiving, #AuthorTaraNeilson, #Aventures, #JustBeingKids, #OBD #Encouraginginspirationtoflourish, #originalitybydesign, #SEAlaska, #writingcommunity

Last month I shared a bit about the city I call home – Cleveland. This month I wanted to share a place that I truly love – pretty much right... 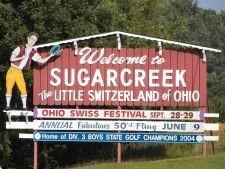