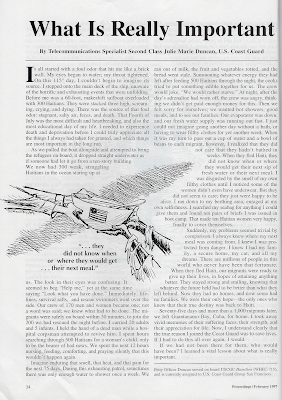 As I sit here scrolling through social media, numb from not understanding the state of our seemingly upside down country, from working from home for 109 days, from the tug of war between busy vs boredom, work vs life, and productive vs purposeful, I stop at a Facebook post by my dad. It said, “A 4th of July story written by a very young Coast Guard petty officer over twenty years ago,” with a picture of a magazine article.  I paused and read… a story that I, a 24-year-old Coast Guard petty officer, wrote a very long time ago.

July 4, 1994 “was the most difficult and heartbreaking, and also the most educational, day of my life.” Just three days before July 4, 2020 and three months shy of my 50th birthday, I can still say those exact words. That day changed my life forever.

Thanks for the reminder, dad, I needed that. Things are hard right now, but some of our worst days are better than others’ bests. Never underestimate the power of one. One day, one person, one conversation, one text, one smile can change the trajectory of one’s life.

I hear my inner voice say, “Anchor up, go out and continue to serve.” 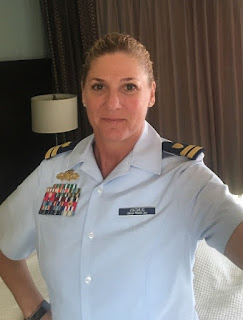 It all started with a foul odor that hit me like a brick wall. My eyes began to water; my throat tightened. On this 115th day, I couldn't begin to imagine its source. I stepped onto the main deck of the ship, unaware of the horrific and exhausting events that were unfolding. Before me was a 60-foot, makeshift sailboat overloaded with 300 Haitians. 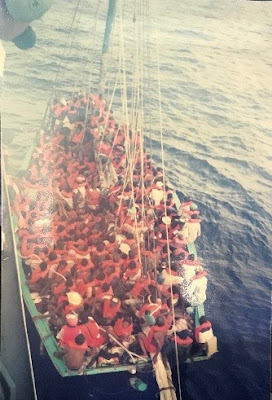 They were stacked three high, screaming, crying, and dying. There was the source of the foul odor; stagnant, salty air, feces, and death. That 4th of July was the most difficult and heartbreaking, and also the most educational day of my life. I needed to experience death and deprivation before I could truly appreciate all the things I always had taken for granted, and which things are most important in the long run.

As we pulled the boat alongside and attempted to bring the refugees onboard, it dropped straight underwater as if someone had let it go from a 10-story building. We now had 300 weak, struggling Haitians in the ocean staring up add us. The look in their eyes was confusing; it seemed to beg “Help me,” yet at the same time saying, “Look what you have done.” Immediately, lifelines, survival rafts, and rescue swimmers went over the side. Our crew of 170 men and women became one; not a word was said, we knew what had to be done. The migrants were safely onboard within 30 minutes, to join the 200 we had rescued the night before. I carried 20 adults and five in infants.  I held the hand of a dead man while the hospital corpsman attempted to revive him. I spent hours searching through 500 Haitians for a women's child, only to be the bearer of bad news. We spent the next 12 hours nursing, feeding, comforting, and praying silently that this wouldn't happen again. 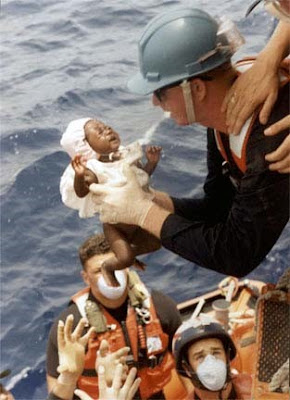 Imagine enduring that smell, that heat, and that pain for the next 75 days. During this exhausting patrol, sometimes there was only enough water to shower once a week. We ran out of milk, the fruit and vegetables rotted, and the bread went stale. Summoning whatever energy they had left after feeding 500 Haitians through the night, the cooks tried to put something edible together for us.  The crew would joke, “we would rather starve.” At night after the day's adrenaline had worn off, the crew is angry, thinking we didn't get paid enough for this. Then we felt sorry for ourselves; we wanted hot showers, good meals, and to see our families. Our evaporator was down, and our freshwater supply was running out fast. I just could not imagine going another day without a bath or having to wear filthy clothes for yet another week. When it was my turn to pass out a cup of water and a bowl of beans to each migrant, however, I realized that they did not care that they hadn’t bathed in weeks. When they fled Haiti, they did not know when or where they would get their next sip of water or their next meal. I was disgusted by the smell of my own filthy clothes, when I notice some of the women didn't even have underwear. But they did not seem to care; they were just happy to be alive. I ran down to my berthing area, enraged at my own selfishness. I searched my seabag for anything I could give them and found 10 pairs of briefs I was issued in boot camp. That made ten Haitian women very happy, finally to cover themselves.

Suddenly, my problem seemed trivial by comparison. I always knew where my next meal is coming from. I knew I was protected from danger. I knew I had my family, a secure home, my cat, and all my dreams. There were millions of people in this world who never have been that fortunate. When they fled Haiti, our migrants were ready to give up their lives, in hopes of attaining anything better. They stayed strong and smiling, knowing that whatever the future held had to be better than what they left behind. Now they had no homes, and now some had no families. We were their only hope—the only ones who knew their true destiny was back to Haiti.

Seventy-five days and more than 1000 migrants later, we left Guantanamo Bay, Cuba, for home.  I took away vivid memories of their suffering faces, their strength, and their appreciation for life. Now, I understand clearly that the true reason I joined the Coast Guard was to save lives. If I had to do this all over again, I would.

If we had not been there for them, who would have been? I learned a vital lesson about what is really important. 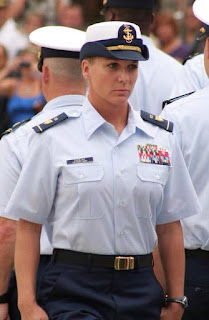 Julie has served in the Coast Guard for twenty-eight years. She is now a Lieutenant, stationed at U.S. Northern Command.
If you'd like to contact Julie you can reach her on her FaceBook page.
at July 04, 2020
Email ThisBlogThis!Share to TwitterShare to FacebookShare to Pinterest
Labels: #4thofJuly, #CoastGuard, #julieduncan, #OBD, #originalitybydesign, #WhatIsReallyImportant 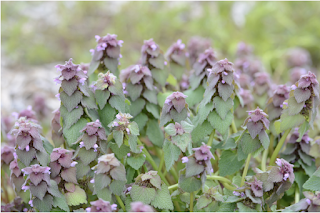