For many of us, October conjures up visions of all-things-scary. In Hawai’i, we have our own unique spooky stories, many that feature the ghostly night marchers—phantom warriors who travel at night with the most high-ranking chiefs.

As terrifying as the night marchers can be, in ancient times their job was to protect the sacred chiefs so no mortal would catch a glimpse of them.

Because the night marchers’ main function was protecting high ranking chiefs, they tend to frequent places of significant cultural importance, but have reportedly been spotted in many other locations.

Folks report hearing the night marchers before they see them. First, they hear the pounding of drums in the distance, followed by an eerie voice chanting. Then the hair-raising sounds of someone blowing a conch shell at the same time the smell of death invades their senses. And finally, a string of torch lights announce they are near.

In ancient times, if a mortal looked at a sacred chief, they would be put to death. It is said that the kindest chiefs travelled at night so mortals would not see them. This practice reduced the number of mortals who looked upon the faces of the sacred chiefs, thus reducing the number of deaths. Legend tells us that the ancient practice of the night marchers escorting the chiefs carried into the afterlife.

If you dare, it is said that you can summon the night marchers by whistling at night. Once summoned, there is no stopping them unless they encounter ti leaves. If you live in Hawai'i, you might want to plant ti around the perimeter of your house, just to be sure!

If you happen to stumble upon a night marcher procession, strip naked and lie on the ground in the prone position and play dead or beg the chiefs to pardon you. If that doesn't work, your only hope of not being speared to death is that one of the ghostly figures will recognize you as a descendant.

One descendant tells the story of encountering the night marchers while in a cemetery on O'ahu. He didn't realize he was standing on one of the known night marcher paths. All of a sudden, he felt very cold and a mist formed around him. He heard someone cry na'u, mine, and realized one of the long dead marchers must have been a distant relative.  The night marchers walked around him, and no harm came to him.

He is considered by many believers to be one of the lucky who was spared.

My Interest in Psychic Phenomena~ by Author Roni Denholtz

As a kid I liked mysteries and strange stories. When I was about 15, a friend showed me a copy of “Hidden Channels of the Mind” which she’d... 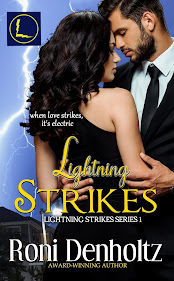