The Eyes Have It ~ by Author Katie Mettner

You always hear people say that, right? "The eyes are the windows to the soul." But what does that really mean? In our day-to-day life, do we even notice other people's eyes? As a romance writer, I try to take notice more often than not. I'm easily distracted, though, so sometimes, I miss those visual cues people give me because I'm focused on something else.

Then this summer happened. I had to make several trips to The Mayo Clinic for the treatment of my gastroparesis (paralyzed stomach). When I walked into Mayo, I was greeted with their always present, "Hey, it's good to see you. We're glad you're here. How can we help you?" "Midwestern manners," as I call them, or "Minnesota Nice," are never more prevalent than in a place that welcomes patients from all over the world. It had been a few years since I'd been there, and this time, everyone was wearing masks. I answered their questions, got my sticker badge, and strolled through the lower level of the Gonda Building on my way to my appointment. I used to smile at everyone as we passed in the walkways, but I couldn't this time, so I made sure to make eye contact. When I got on the elevator, I saw my chance. Now was the perfect time to test out the theory that the eyes indeed are the windows to the soul.

As I went through my appointments, I didn't have a choice but to focus on my providers' eyes: blue ones, brown ones, green ones, hazel ones (yes, hazel!). There was even one person with heterochromia iridium, a rare condition where the individual has two different colored eyes. Would I have noticed all of those different colors if I could see their whole face? Would I have been as engaged with them, and listened as closely, if I could see their entire face? I know I wouldn't have been because that was how it had always been. It's funny what we don't think about until our perspective changes.

When I sat in the waiting rooms, walked through the hallways, or
rode in the elevators, I saw sad eyes, glad eyes, sick eyes, tired eyes, and mad eyes. Each new day I was there added to the research for my experiment. I went into the cafeteria to Starbucks one morning and made sure to hold eye contact with the barista. She held it back. She engaged me with her eyes when I asked her if venti was the biggest size they had or if gallon jug size was an option. The din of the large cafeteria made it challenging to hear her, but when her eyes crinkled at the corners, I knew she was laughing. I smiled, hoping she'd see the laughter in my eyes, too, paid her, and sat down at the table with my husband. His eyes told me he was tired. He was stressed. He was ready to go home. I handed him his coffee, held his eyes, and reminded him that I loved him and that I was grateful for his presence with me there.

Then came time for surgery. I was having a feeding tube placed, so life was a little intense that day. We got up early at the hotel since we had to be at the hospital at 8. We put on our masks and headed out the door. We were surprised to be greeted in the hallway by our housekeeper, who was preparing her cart already. Maria smiled at us. I could tell because her eyes crinkled up and brightened with excitement to see another soul so early in the day. She wished me good luck, and her eyes told me it wasn't "lip service." I knew when we returned later in the afternoon that our room would be freshened up, even though we told her it was fine. (She had stopped in with new towels, cleaned the bathroom, and left extra pillows, which I ended up needing!)

The hospital was bustling, and again, we were greeted at the door. They directed us to our floor and got us an elevator with helpful hands and bright eyes. They might just be getting started with their day, but they were happy to be there. Their eyes told me they were doing something that was second nature to them, but they were there to help because we are all in this together.

When they called me back to surgical prep, I was taken back by a bubbly nurse who didn't stop moving long enough for me to see her eyes! Once I was in bed, a new nurse came in. He was one of the nurses who does nothing but feeding tube placements with the docs. His eyes were bluish green. We talked. We laughed. He told me terrible dad jokes. He noticed my tattoos when he was placing the I.V., and he asked me why I got them. He held my eyes and listened to my story. Then he showed me his tattoos and told me the funny story behind the one he got for his dad. He was another check mark in the column that the eyes are the windows to the soul.

He rolled me down to the OR, and everyone there was seriously
bustling about the room. There were several teams of providers spread around, preparing the equipment and getting 'geared' up. The two anesthesiologists were working around me, and one was making constant eye contact with me as they progressed through their checklist. He was telling me everything they were doing (that was my 19th surgery, I probably could have told them what they were doing LOL!), but I appreciated that he was focused on me. His big brown eyes were bright, but they were assessing. They weren't bored or distracted. They were present in the moment that we were all in. He assured me they were going to take great care of me (like I had any doubt). The room quieted, and they did their patient identification rounds, then one of them asked what side I was supposed to be lying on for the surgeon. They didn't know, so while they waited for someone to tell them, that same anesthesiologist leaned over and said, "So, what do you like to do for fun?"

My eyes glanced around the room at everyone who was forced to stand around in neutral while they waited. Their eyes all said the same thing. FRUSTRATION. I've never been one not to work a room, so I said, "I kill people for fun."

"Usually, I force two people to fall in love first, but sometimes, yeah, I kill people. If it matters, though, they're always the bad guys! Why? Well, I'm a writer."

The anesthesiologist leaned over me. "I walked right into that one, didn't I?"

I laugh. He laughs. The room erupts with laughter and questions about what I've written and where to find the books. I answer their questions, but I watch their eyes. Relief. Amusement. Joy. Distraction from the stress of the day. Camaraderie.

When I woke up from surgery, and they brought my husband back to see me after an extended recovery time, I was pretty out of it. I knew I had a million messages from people wondering what was going on (the surgery ran late, and then took longer than expected), and as a communicator, I wanted someone to answer them. My husband sat down beside me. I could only see his eyes, and his were worried but relieved.

In my drugged haze, I told him he should let his mom and my mom know that I was okay. “Post on Facebook,” I said, “that will save time.” (LOL). He grabbed my hand and said, "Just take a minute. It's okay to take a minute and wake up before you worry about anyone else."

I paused and worked hard to focus my crossing eyeballs on him. I know those eyes well. I've stared into them for twenty years. It wasn't hard to see the relief and the fatigue in them, but more than anything, I saw his love.

I walked away from that experiment better for it. The theory that the eyes are the windows to the soul had been, in my opinion, proven to be true. When you look closely enough, you'll see a lot of different things in peoples' eyes. What I saw the most this summer in the eyes of every shape and color, was love. Love for humanity. Love for each other. Love to hope and love to heal.

Katie Mettner writes small-town romantic tales filled with epic love stories and happily-ever-afters. She proudly wears the title of, 'the only person to lose her leg after falling down the bunny hill,' and loves decorating her prosthetic with the latest fashion trends. She lives in Northern Wisconsin with her own happily-ever-after and three mini-me's. Katie has a massive addiction to coffee and Twitter, and a lessening aversion to Pinterest -- now that she's quit trying to make the things she pins, 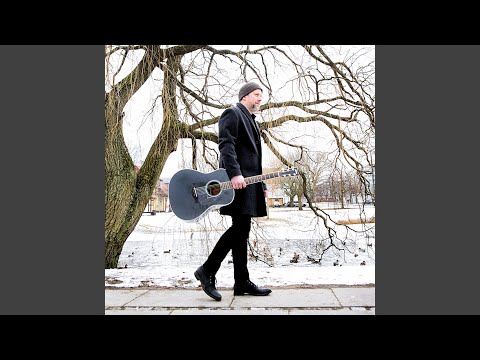