It's the beginning of a new year and a new decade. In honor of that, I am beginning a new series on little known holidays. Enjoy!

Today is NATIONAL ARGYLE DAY! How many of you know what "argyle" is? The word has several meanings.

1. Argyle (occasionally spelled argyll) patterns are made of repeated diamond or lozenge shapes . The word is sometimes used to refer to an individual diamond in the design, but more commonly refers to the overall pattern. Most argyle contains layers of overlapping motifs.

2.  The Argyle Color Scale was created to grade mainly pink diamonds, but it also contains grades for pink-champagne and blue-violet stones.

3.  The word argyle is of Scottish origin. It's from the regional name Argyll, a county of southwestern Scotland, named in Gaelic as Earre Ghàidheal 'coast of the Gaels'. Argyll was the earliest part of Scotland to be settled by Gaelic speakers from Ireland from the 6th century onwards.

Today is also the anniversary of the birthday of ELVIS PRESLEY.

Elvis Presley was the most widely known rockabilly singer in music history. He was born in 1935 in Tupelo, Mississippi.

Sam Phillips, Sun Records producer who had taken an interest when Elvis recorded his first acetate, was looking for a white man who could bring black music to a broader audience. He brought Elvis in to record Jimmy Sweeney’s ballad “Without You”, but he was unable to do it justice. Phillips asked Presley to sing as many numbers as he knew and was affected enough to invite two musicians to work something up for a session. In a moment of unwinding and messing around, Presley took his guitar and started to play a blues song while jumping and dancing. Bassist, Bill Black and guitarist Winfield “Scotty” Moore, started dancing and playing with him. Phillips, who was starting to leave, stuck his head back in and asked, “What are you doing?”
“We don’t know!”
“Well back up… and do it again.” Phillips began taping their session. This was the sound he was looking for.
To read more history of Elvis click HERE.
Other little known holidays to celebrate today are:
Bubble Bath Day
Male Watcher's Day
Earth's Rotation Day
I Am a Mentor Day
National English Toffee Day (my favorite)
Midwife's Day
National Joy Germ Day
National Winter Skin Relief Day
Show and Tell Day at Work
War on Poverty Day
As you can see, we are a strange people who celebrate strange things. Stay tuned for part 2. Until next time, Sparkle On.

Pick a holiday and celebrate ~ by Grace Augustine

It seems like at any given moment we can choose to celebrate anything on any day. However, there are specific days for all these "just... 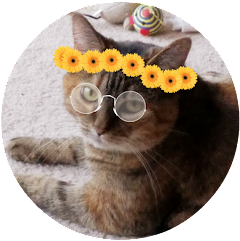