A good friend of mine (let’s call her Sherie) was throwing a bridal shower for her soon-to-be sister-in-law, Connie (not her real name, either). As a friend of both of them, I was invited to the shower held by the groom’s mother.  It was typical. Attended by both the mother’s generation and the bride’s friends, all the women there were mature. Still, we played silly little games like scrambled words that related to the kitchen, that sort of thing. Tame. Ordinary. Very sweet. No surprises. 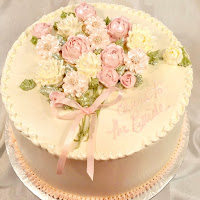 Sherie, however, was also hosting a bridal shower for Connie. From the second we left the first shower, Sherie vowed she would never do anything so lame; she had to do something more inventive.  More fun. More grown-up. Agreeing to that, I ended up in charge of games.

Games for women who were past the age of blushing brides. Games that were fun. Inventive. And perhaps a bit bawdy, because Connie was a nurse, and we knew from firsthand experience that nurses were neither shy not easily embarrassed. What could we do? 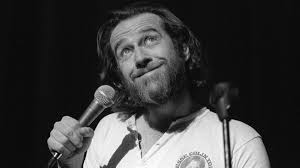 Taking a cue from the first shower I decided to create a scrambled word game.  What could I use as a theme? George Carlin had just released a follow-up to his famous comedic bit, “Seven Words You Can Never Say on Television”. Go ahead, Google it; he changed comedic and legal history with this bit. He was also arrested for saying those infamous words in a show in Milwaukee in 1972. His follow-up to the first seven words bit included words that were much worse and a whole new level of vulgar.  The follow-up bit is more difficult to find today, but then I had Carlin on videodisc.  The words I didn’t understand, I left out; but that left a wide range of highly ribald vocabulary that I could ascertain by context and guesswork. Very enlightening, even for nurses! 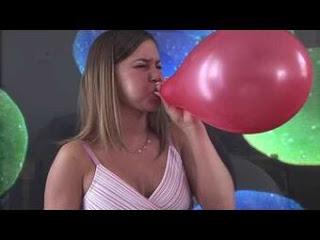 For a second game, I had heard about a contest where guests blew up balloons and then burst them.  That seemed a starting point, but how could I dress that up for a bunch of mature nurses at a wedding shower? When I saw the long balloons on a rack at Party City, I had an inspiration.  Guests would not only blow up a balloon, they would blow up three balloons: one long and two round. (Go ahead, I’ll give you a minute to visualize this.) Then they would take a rubber band and tie the three balloons together, two round and one long. Lastly, they would have to sit on the balloons to break them.  (Go ahead, I’ll wait.) First one to break her balloons wins. Got it?

The room filled with sputtering and laughing; most were lying on the floor and trying to catch their breath. After ten minutes more of puffing and gasping, a few had managed to inflate a balloon, and others were slowly collecting their sets of three.

By the thirty-minute mark, we had a room full of women bobbing around the room, howling and shrieking, bouncing on their suggestive balloons and ricocheting off each other. By the time someone finally got all three balloons to break, wheezing laughter and exhausted demands for explanations filled the room.

I had no explanation.

Then somebody grabbed the bag the balloons came in and said: “Hey! These are helium quality balloons!”

[Highly recommended party game, but only for respiratory-abled individuals.]