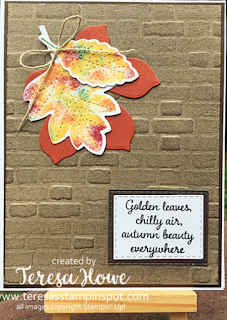 I usually don't think of a brick wall so pretty as the embossed pattern above from one of my fellow card makers. This example inspired me to challenge myself to see what I could do with cards that start out as empty brick walls. Along the way I also looked at a few examples of brick sayings--hit the bricks, gold bricking, and hitting a brick wall. 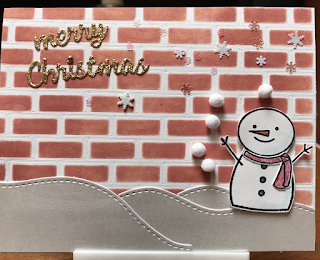 Hitting the bricks with my first attempt provided a much needed warm-up opportunity. My favorite card supply shop closed last January and I was a little rusty from the lack of camaraderie and inspiration. Starting simple, I colored bricks using a stencil my husband designed and made on one of his 3D printers. 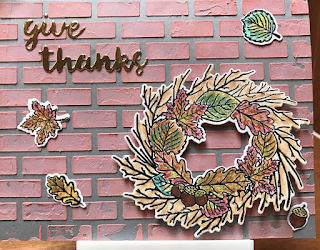 My second card has raised bricks that were done with the stencil and tinted modeling paste. My husband shares his 3D creations on Thingiverse and this is his most often downloaded design. Sounds like other card creators like Thingiverse. 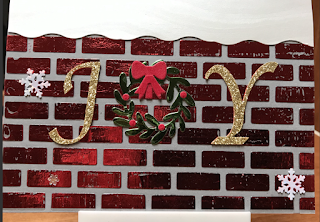 My card making muscles are warm now, so my next card used the Glaminator to create a shiny red brick wall. Another tool I pulled out was my Cricut to cut out the letters J and Y.

Here's where I recalled the phrase "to gold brick", meaning to cheat or swindle. My first idea was to use gold glitter for the bricks. A lot of crafters hate working with glitter, and I'll admit that after this trial I've had my fill for the year :) 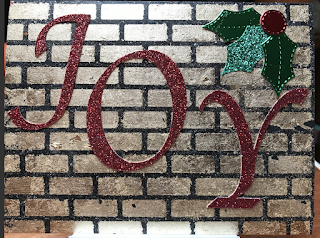 Then I switched to gold leaf--still a bit messy, but not as much as glitter, and it's not something to be used during allergy season! It may look like you're pulling out a tiny pinch, but it really fluffs up and  breathing on it will send it all over the room. Here is a card made with gold leaf.