From the Bean Bunk ~ by Author Marj Ivancic

In May of 1996, I hopped into my sister’s shiny red Dodge Dakota, and together, we set off on the adventure of a lifetime.

We lived out of that pickup truck and a tiny, two-person tent for the next two and half months, traveling across twenty-two states and a bit of Mexico. We moved from one free National Forest campground to another, intermixing pay-for camps where we could afford to or when the need for a real shower could no longer be denied. Several times, we merely pulled off on the side of the road to sleep. And once, we were welcomed to hunker down with what can only be described as a homeless community.

This was in the analog days before smart phones and 4G…before any G, actually. The cell phone we had for calls home to Mom and Dad required assembly before use (antenna had to be screwed on, etc.) and could only get a signal in cities, so it spent most of the trip tucked under the driver’s seat. We navigated highways and dirt roads via road atlas, which meant doubling back every so often, but on a trip with no real agenda, there weren’t too many wrong turns.  Our budget was small (I was fresh out of college and my sister had just left her job) so our pleasures were simple; we read books out loud; we listened to the same ten cassette tapes, over and over; we talked; we hiked; we laughed; we communed with the majesty around us.

We learned a lot about each other and about ourselves during that time. We also learned some interesting life lessons. I thought I might pass on a few…for the good of posterity:

1. Necessity truly is the mother of Invention. But Devilry is its father, and Chaos is its little sister.
2. Sometimes, the best conversations are the silent ones.
3. Showering in a mountain waterfall is much colder and more awkward than it appears in the movies.
4. Home really is wherever the heart is.
5. Gus McCrae’s advice to Lorena in Larry McMurtry’s Lonesome Dove is 100% accurate - “If you want any one thing too badly, it’s likely to turn out to be a disappointment.”
6. When you think you’re alone, there’s a darn good chance that you’re not. So, if you decide to do some shadow dancing in your skivvies…(enough said).
7. Resilience isn’t one thing, it’s a toolkit of skills:
**The ability to be still
**The know-how of when and how to employ the “I never did mind about the little things,” tactic (ala Anne Bancroft’s character in the 1993 Point of No Return remake)
**Mental and emotional flexibility
**A keen eye for distinguishing between the Must Haves and the Nice to Haves
**And many, many others…
8. Don’t set an alarm clock when you camp among the buffalo.
9. You can’t—I repeat, CANNOT—out-drink a cowboy. And bad things happen when you try.
10. An older sister is one of the most precious gifts a gal can be given.

I recognize this is not an experience everyone gets the opportunity to have, nor is it one that everyone would want to take, but I suggest that if the chance for something like this ever comes along—take it!

To this day, I look at those months as some of the most liberating, peaceful, and joyful of my life. I often pull forth a memory from that trip to help anchor me during Life’s many storms. 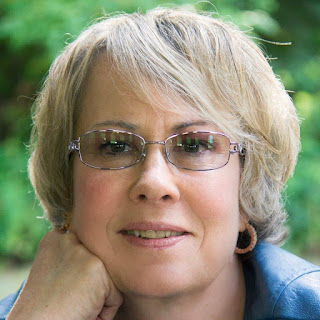